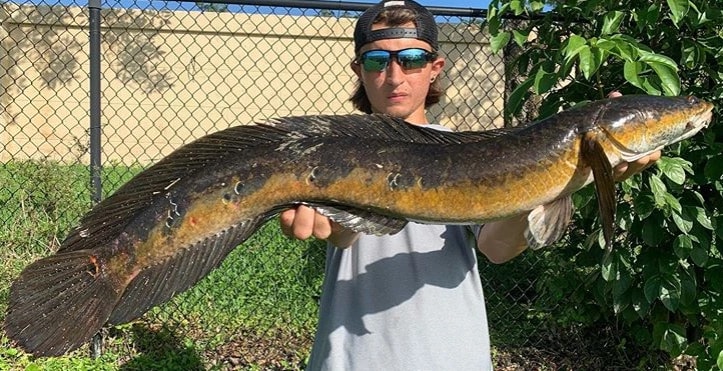 As an Amazon affiliate, we earn from qualifying purchases.

In Florida, as in many other states, there is a problem with invasive fish species wreaking havoc on public health, the local environment, and even the economy.

Fish that are non-native species are simply fish that are not in their native range, such as exotic fish that have been released from an aquarium or even a species from a nearby state that is starting to take over.

Sometimes, the fish are put there on purpose to attack other invaders but make the problem much worse.

Are All Non-Native Florida Fish Invasive?

Just because a fish is non-native doesn’t mean they are invasive. For example, the Asian Grass Carp were brought in and placed in lakes and ponds around Florida to fight invasive plant life. The Peacock Bass from Brazil was introduced in the 1980s and today is one of the state’s most popular game fish.

They are even eaten these days but still haven’t managed to threaten the native fish population.

The list of Florida invasive fish is large, and the rules for catching them can vary from one type of fish to another. For the most part, invasive and non-native fish in Florida are allowed to be caught in any quantities at any time.

Most of them are not allowed to be released alive, so you have to take them home with you or dispose of them another way.

The brown hopolo is part of the catfish family and usually grows to around nine inches in length. The males are a little larger than the females and are not found outside the reproductive period when they have curved pectoral spines.

They make excellent aquarium fish and are extensively cultured commercially in certain parts of the world.

The black chin tilapia can come in orange, light blue, and even a golden yellow. They grow from 7 to 11 inches in length and can have 100 tiny teeth set up in three to six rows. Their body has markings on it, such as spots and imperfections, and the males tend to be larger than the females.

The primary purpose of this fish is for eating and for placing it in various aquariums.

Blue tilapia have flaky white meat and are grown commercially all over the world. They can cause significant problems in south Florida, which is one of the reasons the peacock bass was introduced to the state.

You are also allowed to catch as many of them as you like, and considering how delicious they are, most people appreciate this.

The bullseye snakehead is native to South Asia and is a sizeable invasive fish species in Florida. It loves the canals in south Florida. One of the most interesting characteristics about this fish is that outside of Florida, it exists nowhere else in the entire United States.

There is a large population of the Bullseye snakehead population found in Broward County in Coral Springs, Pompano Beach area. Snakeheads are opportunistic feeders taking an array of prey from lizards, frogs, insects, and fish. 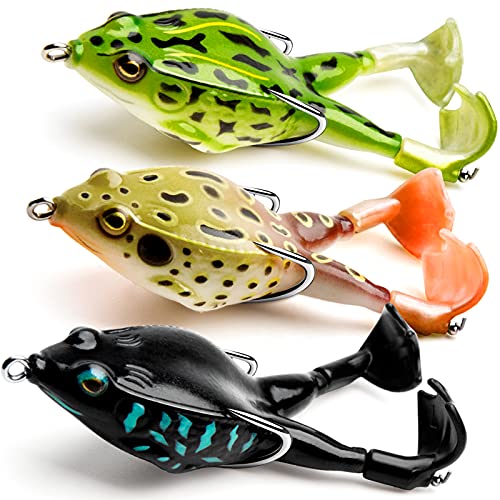 The clown knife fish can also be called the spotted knife fish, and it is one of the world’s most invasive species. It has a long, knife-like body, a silvery gray color, and often black spots outlined in white that diminish as it gets older.

These are nocturnal fish that are found in swamps, lakes, and river backwaters. They are also sold as exotic fish in many pet stores in south Florida.

The Florida Oscar fish can be black with white and orange markings when it’s young or colors such as olive, blue-green, and mustard yellow when it’s an adult. All of them, however, have a thick mucous coat and an oval-shaped bodies.

​With a length of roughly 10 inches and a weight of 3/4 lb. on average, even the experts aren’t sure how long this fish lives. Their white, flaky meat is quite tasty, and if you find one that weighs 2 lbs. or more, it is considered quite significant for this species. Some of them also have bright red or orange markings on their bodies.

The Jaguar guapote is found mainly in coastal canals in southeast Florida. The pattern of the fish includes broken lateral lines in primarily black and white, and it has splotches of blue and black on its body. The fish also has a protruding mouth and teeth, which gives it an instantly recognizable look.

​Growing to about 16 inches in length with a weight of roughly 3 lbs., the jaguar guapote is delicious and can be caught with artificial bait, live worms, and even smaller fish. They feed primarily on small fish and aquatic insects, but they can also eat worms, snails, and even lizards.

Michael loves fishing for peacock bass. He especially enjoys the great Florida weather and fishing in his backyard. Michael also loves spending time with his friends and family and loves baseball. How to use Gees-Feets G-40 Minnow trap

Have you ever wondered how to catch your live bait quickly? The Gees-feets G-40 minnow trap is an easy and affordable way to secure a few dozen for the day’s fishing adventure. If you have not used a bait trap before, no worries; in this article, we will show you how to use and how… 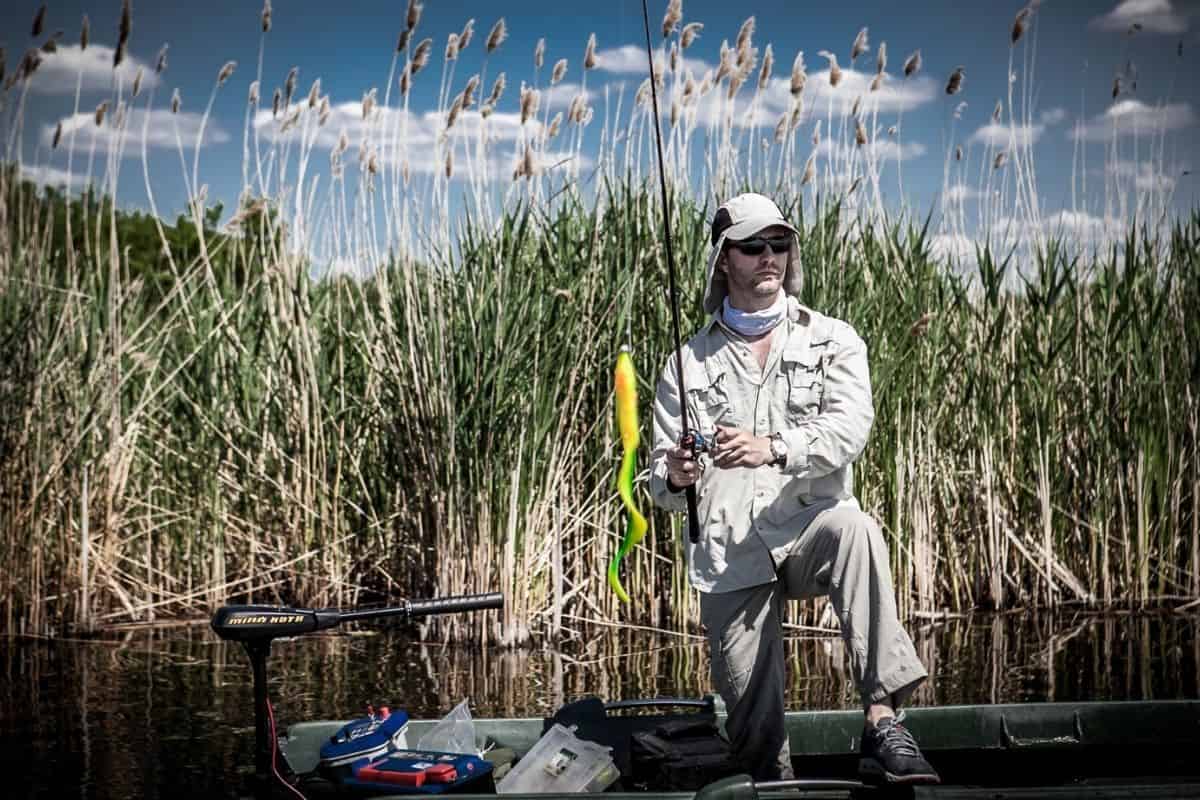 The angler needs constant fuel for energy and sustenance. Fishing requires a lot of standing up, sitting down, and waiting. To make things simple, you are going to get exhausted during your fishing trip. Have you wondered What food should I bring on the boat? No worries, with our guide top 5 best fishing snack… 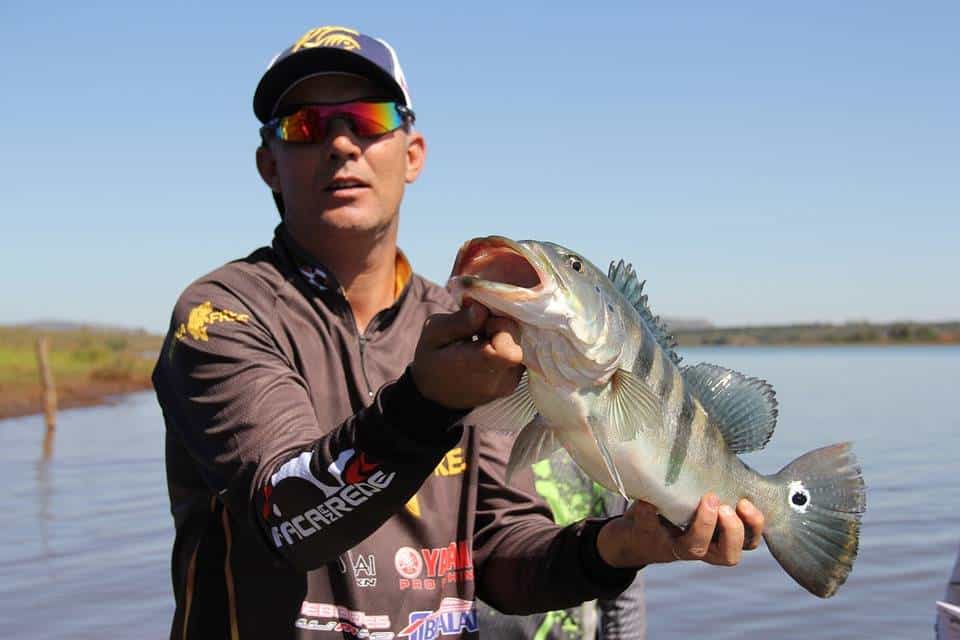 Peacock bass of the amazon

Peacock bass is a member of the cichlid family, which includes tilapia, angelfish, and Oscars. Native to the Amazon River basin, which includes rivers, streams, and lagoons. Peacock Bass of the amazon is a very aggressive gamefish that can grow quite large (up to 25 pounds). These South American fish quickly they can reach 14…